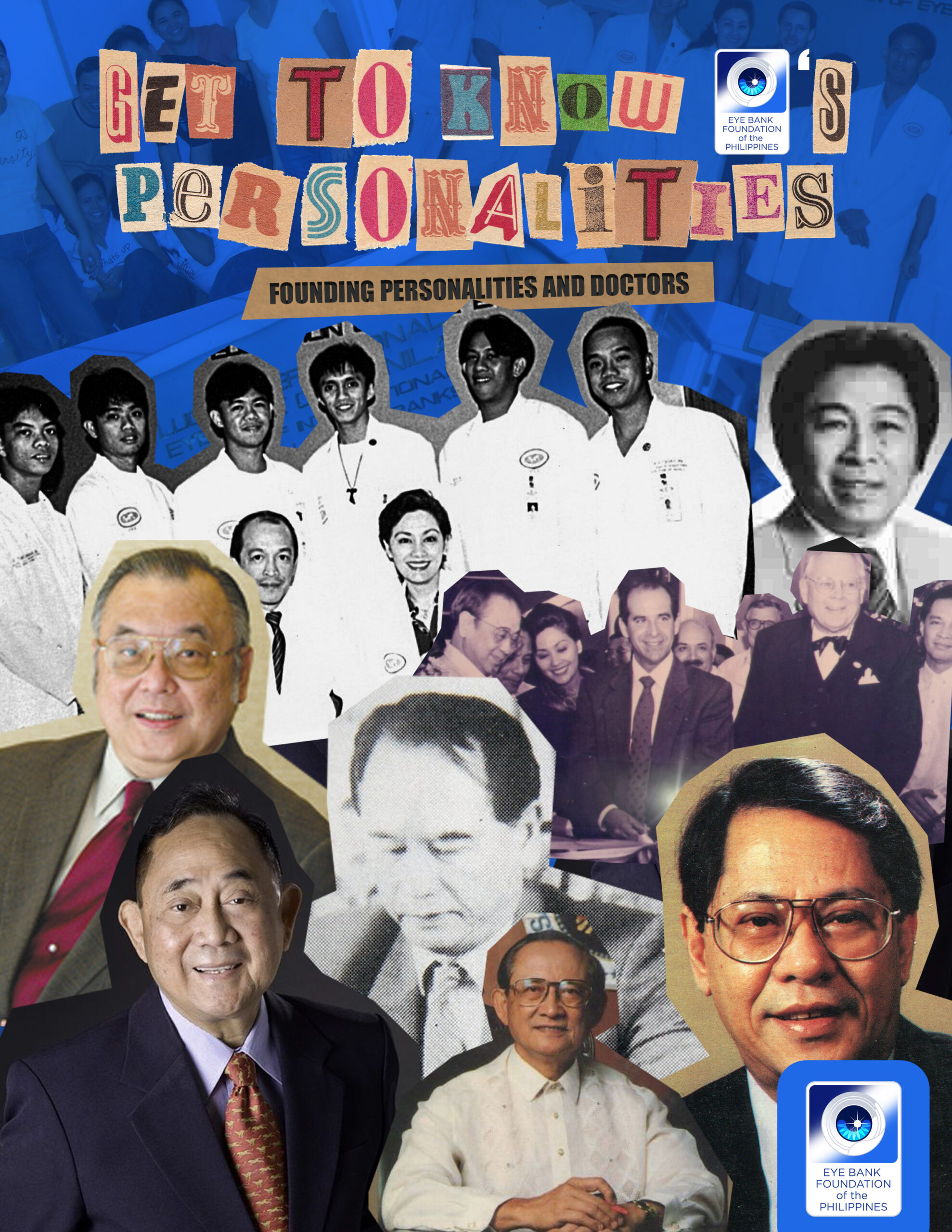 In the 25 years of Eye Bank’s existence, it has retrieved and processed 25,127 corneas and sclera, 17,360 of which passed all safety and quality standards and have been distributed to waiting surgeons and patients around the Philippines. Eye Bank has been serving patients from as far north as Cagayan Valley to as far south as Davao, in both private and government hospitals—and from all walks of life.

But the Eye Bank will not be where it is right now without the selfless dedication of its partners and advocates whose generous support and friendship have enriched our lives as well as the lives of our countrymen.

The Eye Bank had so many “angels” along the way:

Dr. Salvador Salceda, a one of the pillars of ophthalmology, and mentor of Dr. Minguita Padilla and many others; who helped inspire and challenge her to put up an eye bank.

Dr. Raul Flores, the Medical Director then of Makati Medical Center, who gave the $500.00 seed money for Eye Bank and allowed the eye bank to occupy its first office totally free of charge.

Dr. Robert Caro, the ophthalmologist from New York who donated $25,000.00 worth of equipment for the Eye Bank and who asked that we name the facility after St. Lucy—the patron saint of vision and his patron saint.

Mr. Frederick Griffith, founder and CEO of the International Federation of Eye and Tissue Banks, who helped facilitate the training of eye bank personnel both in the United States and Prague.

President Fidel V. Ramos, Speaker of the House Jose De Venecia, Senate President Edgardo Angara—all of them worked together to come up with a law that made the Eye Bank Possible.

And the late Supreme Court Senior Justice Teodoro Padilla, Father of Dr. Minguita Padilla, whose presence from the start of the effort helped ensure the cooperation of so many in government who we needed to get the eye bank going.