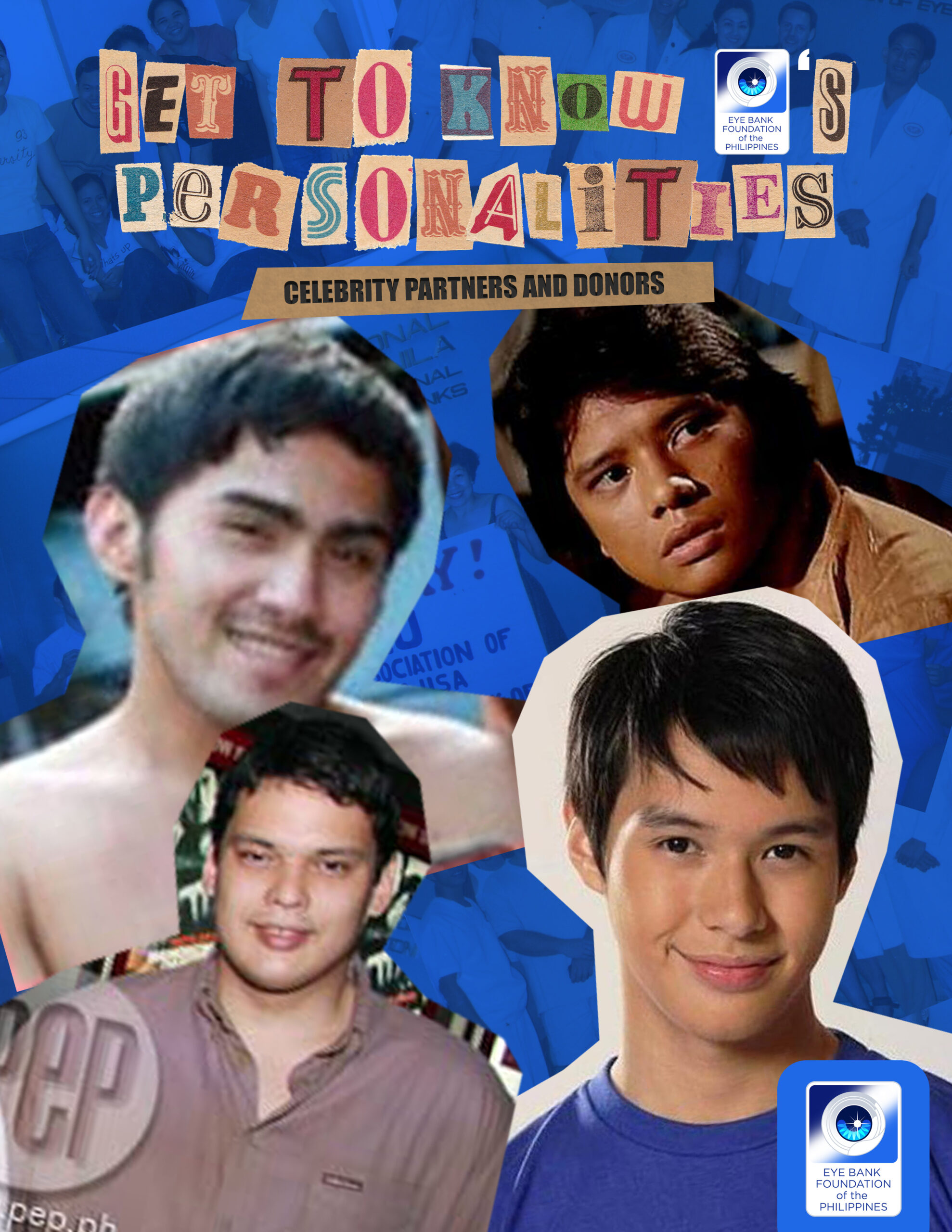 Who are some of Eye Bank’s donors whose donations caused major ripples?

Edward James Gayda Lim – He is the son of TV host Toni Rose Gayda and grandson of Ms. Rosa Rosal, the legendary blood donation advocate of the Red Cross for many years and a good friend of the Eye Bank. He has left a legacy for sharing the gift of sight to the recipients of his corneas.

Christian Angelo Manhilot – Son of multi-awarded actor & director Cesar Montano. Upon his death, Cesar Montano donated his son’s eyes to the Eye Bank Foundation of the Philippines. Cesar has been a friend and supporter of the Eye Bank since 2005 when he generously participated in its advocacy campaign, ‘Tears of Hope, Tears of Health’. He was the buena mano, the first who said “yes” to be photographed.

Antonello Joseph ‘AJ’ Sarte Perez – A young filipino actor. He was a member of ABS-CBN’s Star Magic Batch 13 and portrayed one of the lead characters in the 2009 mini-series Your Song Presents: Underage. He played his first main role in primetime television series, Sabel. Perez’s corneas were donated to a 28 year-old man and an 8 year-old boy.

Jay Ilagan – A former matinee idol starring in the films like Maruja (1967) and Tubog sa Ginto (1970). He won the Gawad Urian Best Supporting Actor trophy in 1982 for the movie Kisapmata, in 1985 for his role in Sister Stella L, and in 1988 FAMAS for his acting in Maging Akin Ka Lamang. His mother Corazon Noble, also a former actress, donated his corneas to the Eye Bank Foundation of the Philippines. He was the very first actor whose corneas were donated and transplanted.

Those who donated their corneas upon death may not be physically present anymore, but a part of their lives have continued to help and transform the lives of other people. #PartnersInSight #EyeBankPH25